A decent day, but I did learn a couple of lessons.

Today’s hike was very pleasant. A bit of gravel track and a bit of road, but mostly a pleasant wide sandy track to the beach near Arrifina, with some views of the Atlantic coastline. 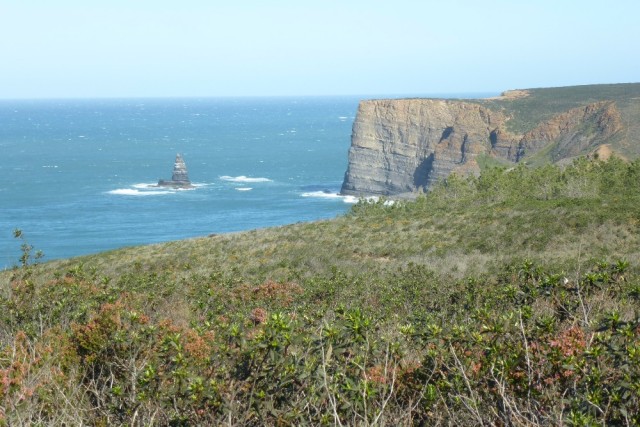 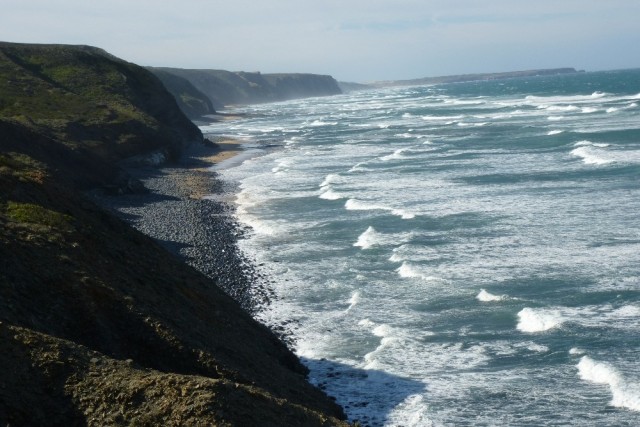 (sorry the picture has a bit of a slope – perhaps that’s what’s causing the waves!).

However… an opportunity presented itself! Arrifana didn’t look too hopeful on first sight for camping or stopping, but then the path passed by a hostel. I decided to leave the heavy contents of my pack there, head through the village to the north side, then hike around the coast SOUTH (with the wind behind me), back to the hostel.

It was a good decision! Having gone through the village, camping spots (or any other accommodation) was notably absent. Also the wind was violent – but heading south it was not in my face. And a lot of the coastal path was through soft sand, which would have been unpleasant with a full pack.

The coastal walk was good, and notable for the wild flowers. A few examples below. 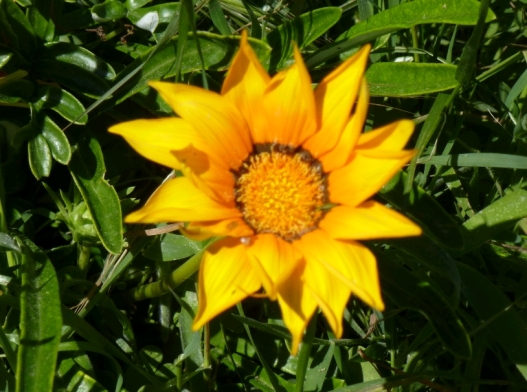 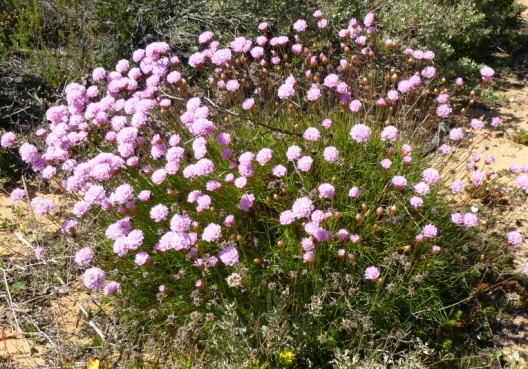 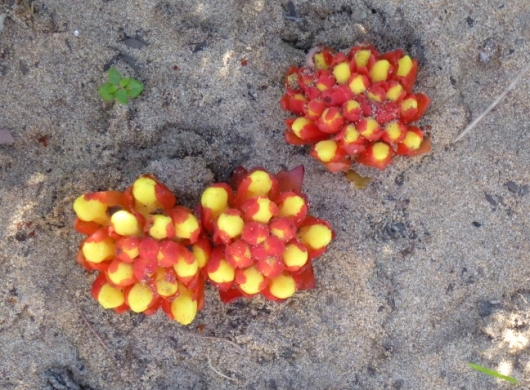 Have a room in the hostel, and am hoping for some sleep tonight!

My choice added 2 miles to today, and 1.5 to tomorrow, but was the right decision.