Despite few hills, today has been a hard day.

It started damp, had a bit of a dry spell, got very wet and I predict a damp and unpleasant night.

Last night’s camp was perfect for condensation. Wet day, then the sun came out to make the air nice and humid, then no clouds so the temperature dropped. Plus the farm I camped at was in a valley surrounded by trees, so no air movement. Result the tent got VERY wet. Sleeping bag is beyond damp, into the realms of unpleasant.

Today’s walk was much like the last couple of days. The hills are thinning out back to rolling landscape 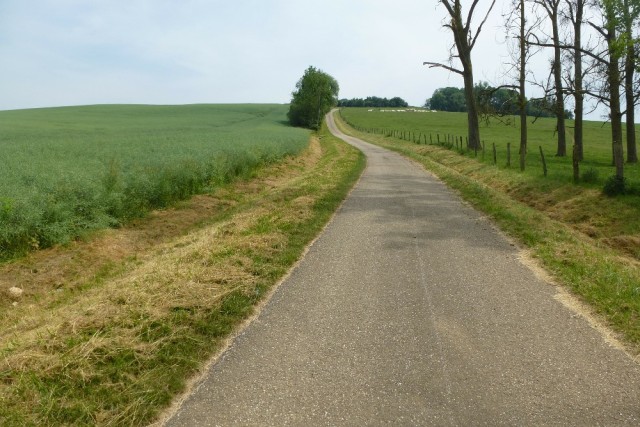 The walking is again roads, farm tracks and forest tracks. Today’s worst track was 3 miles in a straight line. 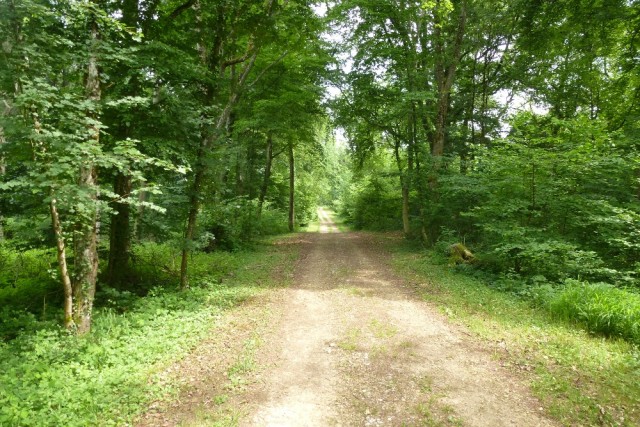 Don’t like that view? Here’s the view and hour later

You get the idea. And the trail is heading east not south today and for the next few days.

The final 4 miles today went on forever. There was a 15 min climb then the rest was flat. Took me 2hr45 (and I was running for the last 1/4 mile). I think the guidebook may be lying.

The reason for running was a most spectacular thunderstorm. It was off to my right, but moved in while I was above tree line. I dashed down to the village of Blanzey. Out of the forest straight into someone’s back garden, just as the rain started in earnest. Knocked their door. No problem camping.

Today I did learn something. Do not try to put up your tent in a thunderstorm. Got soaked and made a right mess of it. So then took shelter in the guy’s garage. He came out and next thing I’m warming up with coffee and beer in his house while the storm passes.

Once it had passed he suggested I re-pitch it on the flat bit of his garden. So tent is now up. Sleeping bag still very damp from last night, and now I’m adding to the moisture content as I dry out from the storm. It will be unpleasant tonight!

Still have space for today’s flower though. 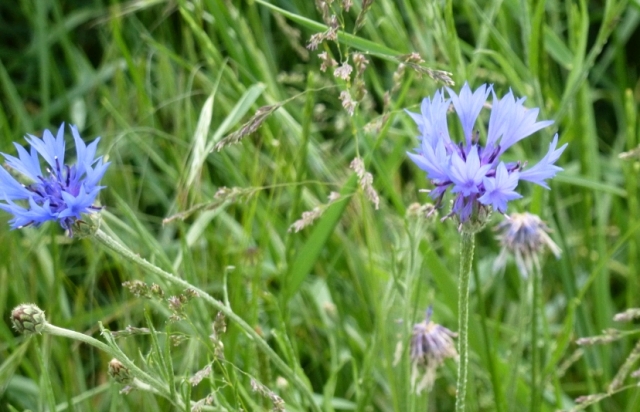 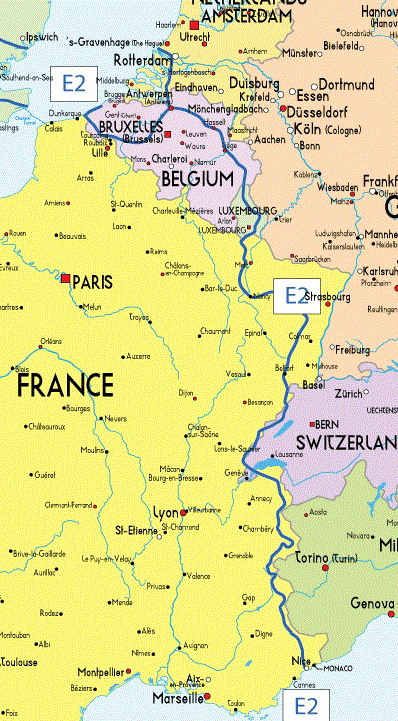